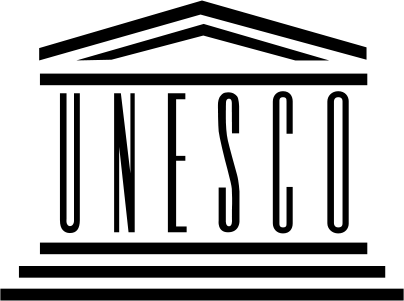 Simply put, artificial intelligence (AI) involves using computers to classify, analyze, and draw predictions from data sets, using a set of rules called algorithms. AI algorithms are trained using large datasets so that they can identify patterns, make predictions, recommend actions, and figure out what to do in unfamiliar situations, learning from new data and thus improving over time. The ability of an AI system to improve automatically through experience is known as Machine Learning (ML).

While AI thus mimics the human brain, currently it is only good, or better than the human brain, at a relatively narrow range of tasks. However, we interact with AI on a daily basis in our professional and personal lives, in areas such as job recruitment and being approved for a bank loan, in medical diagnoses, and much more.

The AI-generated patterns, predictions and recommended actions are reflections of the accuracy, universality and reliability of the data sets used, and the inherent assumptions and biases of the developers of the algorithms employed. AI is set to play an even more important role in every aspect of our daily lives in the future. It is important to look more closely at how AI is, and will affect gender equality, in particular women, who represent over half of the world’s population.

Research, including UNESCO’s 2019 report I’d Blush if I Could: closing gender divides in digital skills through education, unambiguously shows that gender biases are found in Artificial Intelligence (AI) data sets in general and training data sets in particular. Algorithms and devices have the potential of spreading and reinforcing harmful gender stereotypes. These gender biases risk further stigmatizing and marginalizing women on a global scale. Considering the increasing ubiquity of AI in our societies, such biases put women at risk of being left behind in all realms of economic, political and social life. They may even offset some of the considerable offline progress that countries have made towards gender equality in the recent past.

AI also risks having a negative impact on women’s economic empowerment and labour market opportunities by leading to job automation. Recent research by the IMF and the Institute for Women’s Policy Research found that women are at a significantly higher risk of displacement due to job automation than men. Indeed, the majority of workers holding jobs that face a high-risk of automation, such as clerical, administrative, bookkeeping and cashier positions, are women. It is therefore crucial that women are not left behind in terms of retraining and reskilling strategies to mitigate the impact of automation on job losses.

On the other hand, while AI poses significant threats to gender equality, it is important to recognize that AI also has the potential to make positive changes in our societies by challenging oppressive gender norms. For example, while an AI-powered recruitment software was found to discriminate against women, AI-powered genderdecoders help employers use gender-sensitive language to write job postings that are more inclusive in order to increase the diversity of their workforce. AI therefore has the potential of being part of the solution for advancing gender equality in our societies.

Building on the momentum of the report I’d Blush if I Could and subsequent conversations held in hundreds of media outlets and influential conferences, UNESCO invited leaders in AI, digital technology and gender equality from the private sector, academia and civil society organizations to join the conversation on how to overcome gender biases in AI and beyond, understanding that real progress on gender equality lies in ensuring that women are equitably represented where corporate, industry and policy decisions are made. UNESCO, as a laboratory of ideas and standard setter, has a significant role to play in helping to foster and shape the international debate on gender equality and AI.

The purpose of the UNESCO’s Dialogue on Gender Equality and AI was to identify issues, challenges, and good practices to help:

Improve the global representation of women in technical roles and in boardrooms in the technology sector; and

Create robust and gender-inclusive AI principles, guidelines and codes of ethics within the industry.

This Summary Report sets forth proposed elements of a Framework on Gender Equality and AI for further consideration, discussion and elaboration amongst various stakeholders. It reflects experts’ inputs to the UNESCO Dialogue on Gender Equality and AI, as well as additional research and analysis. This is not a comprehensive exploration of the complexities of the AI ecosystem in all its manifestations and all its intersections with gender equality. Rather, this is a starting point for conversation and action and has a particular focus on the private sector.

It argues for the need to

You can reach original report from the link below:

AI Governance in the Public Sector: Three tales from